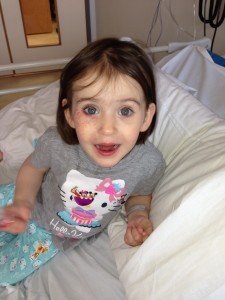 My daughter, Aoife Keogh, was diagnosed with pilocytic astrocytoma brain tumours and started her chemotherapy in May 2013.  We came home from the hospital with the forms and while we were completely overwhelmed with everything, we got them completed and sent in.  We were awarded the cards in June for 2 years.  6 months later I received a review form in the post, asking for all new documents of everything they already had, so I wrote a letter thinking maybe it was a mistake or just a computer error.

I stated in the letter that our circumstances hadn’t changed, if anything they were worse, as we were in the hospital more often, and that they had all the back up documentation. I told them that if necessary, I could complete the form etc. That was December and in January I got a letter back from the HSE stating I had the cards up until June 2015, so I did not complete the forms as I didn’t think it was necessary.

Then at the beginning of April I went to our local pharmacy to get Aoife’s medication and they told me the cards had been stopped, it clicked with me then that those review forms had been due back in March.

I rang the HSE and they kept telling me they couldn’t process the cards or do anything as they hadn’t received the review forms and they had no record of sending me the letter in January, even though I had the hard copy of the letter.  I scanned it and sent it to them but never got any direct response, it was only through going to a TD that we managed to get a temporary card for Aoife while the process was going on, and the HSE admitted to the TD that the letter in January was a mistake and I still needed to complete the review. 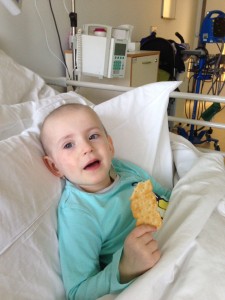 In the meantime I had been collecting the back up documentation and completing the forms, which I sent into them 2 weeks ago.  This had been a really stressful time for us as a family. Only the week before I found out the cards were stopped Aoife had a bad reaction to the chemo she was on and had to start a new one, which meant we were in the hospital twice a week with no breaks (on the other chemo she was having chemo for 3 weeks in a row and then would have a 3 week break, and I must say I used to live for those 3 week breaks). So we were all over the place and I think it affected the whole family, our children seemed to sense the stress and tension.

So it took our story to be highlighted by the media in order to get our cards, which is just wrong.

It’s such pure relief to have a card for Aoife again, there’s no other way to describe it. Yesterday at around 12.30pm I got a call from a person over medical cards and he apologised for the hassle of everything and confirmed that the card would remain in place until June 2015 as previously agreed.
A spokeswoman from the HSE explained that Aoife’s card had come up for review 18 months early and then invalidated because of an admin fault.“Due to an administrative error at the medical card processing centre the family was brought into an additional review in error,” she said. 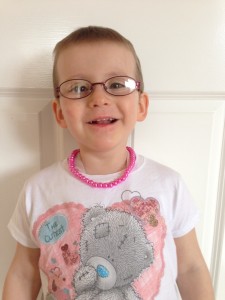